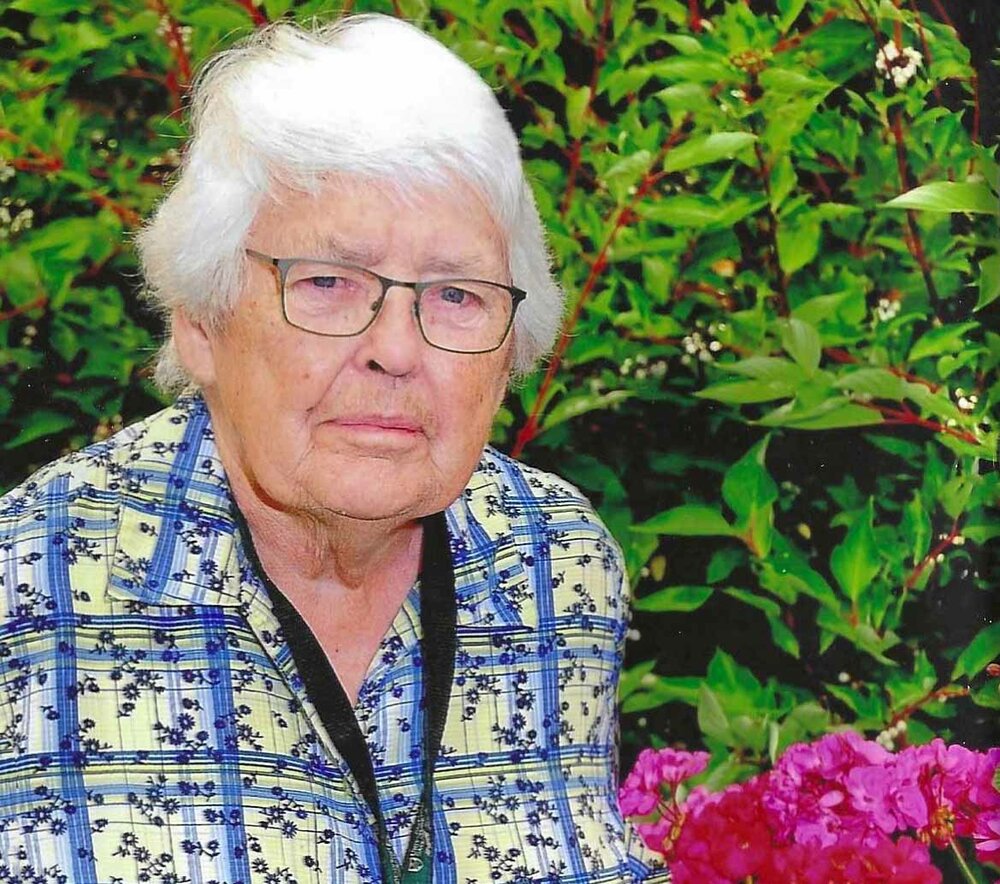 Mom made her final journey home in the early hours of December 26, 2022. Her last years were difficult and we are happy that she was at long last granted her constant wish “to go home”.

Mom grew up during the depression and WW2, which instilled a very strong work ethic. She left high school to work in order to provide for her family and provide care to her younger siblings. The Gleichen community was rocked when bachelor Howard Quennell and Ida Schweer were married in 1967. Together they farmed until Howard’s health declined and then watched Fern and Doug gradually take over the farm. Mom’s favourite times of the year were the spring when calves hit the ground and the crocus emerged. Second was harvest and her “vacation time” in the combine. Ida remained on the farm until June of 2016, 10 years to the day of Howard’s passing, and took up residence in Wheatland Lodge. Her health began to further deteriorate in 2018 and she moved to Sagewood, where she remained until her passing.

The family would like to thank the staff at both Sagewood and Wheatland Lodge for the care received, Drs Senzani and Dr Young for her medical needs. Special thanks to Dr Zepeda and the care team at Tom Baker for their continuing support.

A funeral service will be held on Thursday, January 5, 2023 at Lord of All Lutheran Church (112 Lakeside Blvd, Strathmore, AB) at 2:00 p.m. with Pastor Dawn Nelson officiating. A social luncheon will directly follow the service. In lieu of flowers, if desired, donations can be made to the Wheatland and Area Hospice Society (Box 2154 Strathmore, AB T1P 1K2 or www.wheatlandhospice/donate)

Share Your Memory of
Ida
Upload Your Memory View All Memories
Be the first to upload a memory!
Share A Memory