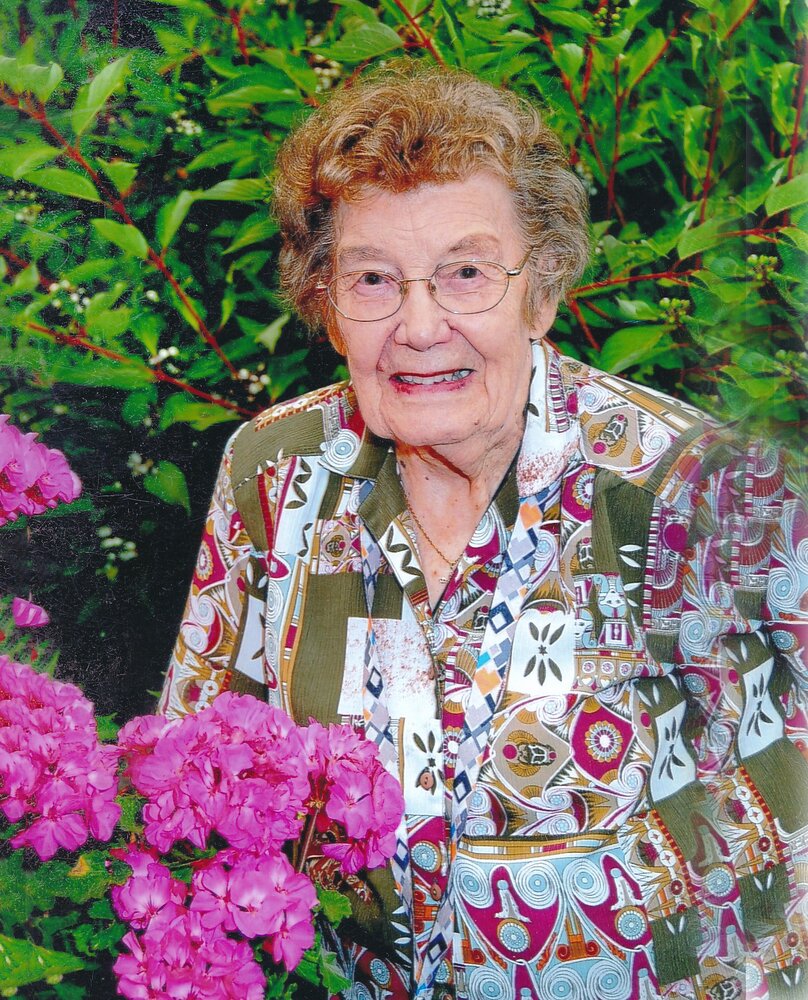 It is with great sadness that we announce the passing of Dora Page (nee Warren) on December 27, 2022 at the age of 94 years.

She started in Vauxhall and had a very carefree life – ”her words”.  Next move was to Hussar where her family rented a farm.  She then moved to Calgary where she met and married Dennis in 1949.  They then moved to Carseland to the ditch riders house near the Page farm in Carseland.  She spent many hours working on the farm tending to chickens, sheep, cattle and her huge garden.  Her cold room was always full of canning and vegetables.  If she had any spare time, she loved to sew, tend to her flowers and read her bible.  She was a member of the Carseland Public Benefit Club and held many positions.  She also took on many positions with the Anglican Church.  Her faith was a huge part of her life.  Later in life, in 1981, Dora and Dennis moved to Parkville, BC and became very involved in landscaping a huge yard, and developing a new church in Nanoose Bay, BC.  October 1997 found them moving back to Chestermere, and then Strathmore.

She was predeceased by her husband Dennis, brother Earl Warren, sister Ethyl McKinnon and her mom and dad Weldon and Ivy Warren.

She was a dedicated Mom, Grandma and Great Grandma.  She always enjoyed hearing their stories and having them visit.  Her other dedication was to her faith and church.

The family would like to thank the staff at Sagewood for their dedicated care, especially the staff in the Rockyford wing.  They became a part of her family as well.  Her famous words – “Many Blessings – God Bless” ended every conversation.

In lieu of flowers, donation can be made to the charity of your choice.

To watch the livestream of the funeral service which will be available approximately 10 minutes prior to the start of the service, please CLICK HERE

Share Your Memory of
Dora
Upload Your Memory View All Memories
Be the first to upload a memory!
Share A Memory