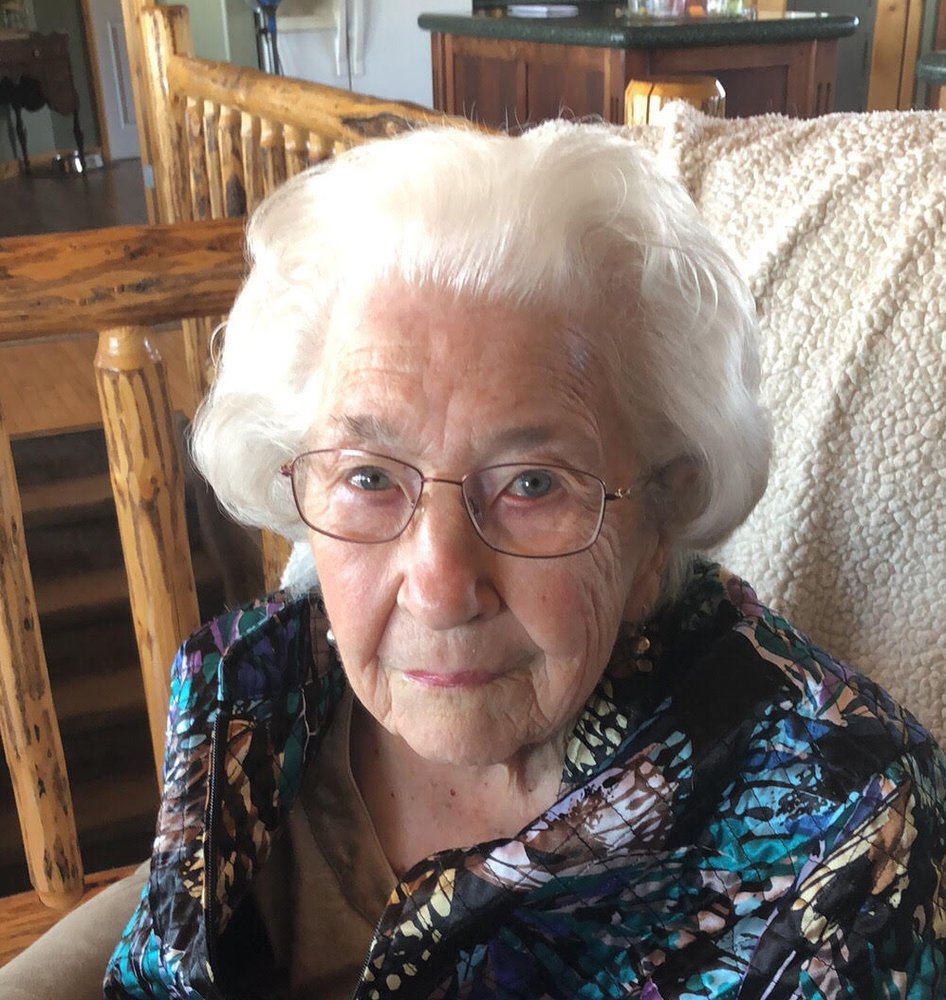 It is with great sadness that we say goodbye to our dear mom, grandmother, and great grandmother, Florice Mildred Desmet (nee Warner). Mom passed away at the Foothills hospital on May 7, 2019 after a stroke on April 28, 2019. Florice was born August 31, 1922 in Gleichen, Alberta to Peter and Verna Warner. She was raised just east of Gleichen and did her schooling in Gleichen. After finishing high school, she went to Normal school in Calgary where she received her teaching degree. It was while she was teaching at Elwood School that she met the love of her life Albert Desmet. They were married in 1944 and resided on the Desmet family farm until their retirement in 1971, when they moved to Calgary. During their retirement they travelled to such places as New Zealand, China, England and numerous other countries. They also planned many family trips to Disneyland and a yearly trip to Fairmont. After Dad’s death, Mom moved to Horizon Village in Varsity Acres and in 2013 moved to independent living at Sagewood in Strathmore where she lived until she passed. Mom was involved for 60 years with the Catholic Women’s League. After her retirement, Mom was very involved in playing bridge and it was her passion right to the end. She enjoyed camping at Eagle Lake Park, where she met some genuinely beautiful people who became her dear friends. She always enjoyed a good campfire and specialized in cooking bacon and eggs. Florice is survived by her children, Elaine (Lorne) Mullen, Yvonne (Bob) Hartell, Leonard (Sandra) Desmet, Joanne (Ted) Brown, and Leona Desmet. Florice had 16 grandchildren and 37 great grandchildren. She also leaves behind a brother Gordon Warner and a sister-in-law Shirley Warner and many nieces and nephews. Mom was predeceased by her husband Albert in 1978, son Robert Desmet in 1990, granddaughter Lisa Hartell Macdonald in 2017, Hamish Macdonald, Lisa’s husband in 2007, her great granddaughter Janice Joanne Gallagher in 2015, her parents Pete and Verna Warner, and her brothers Howard and Neil Warner. A Mass and celebration of life will be held on Wednesday, May 15, 2019 at Hope Community Covenant Church, (245 Brent Blvd, Strathmore) at 2:00 p.m. In lieu of flowers contributions can be made directly to the Wheatland Hospice Society (P.O. Box 2154, Strathmore, AB. T1P 1K3 or www.wheatlandhospice.ca)

Share Your Memory of
Florice
Upload Your Memory View All Memories
Be the first to upload a memory!