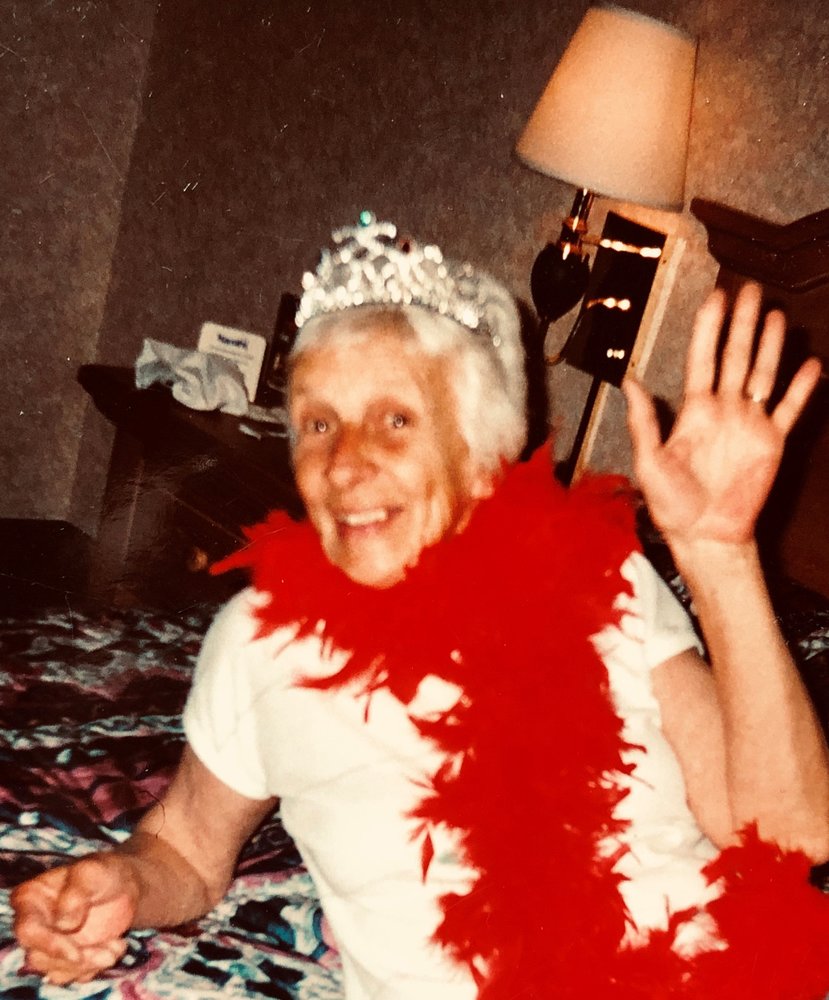 Rose Mary Verrall formally of Airdrie, Alberta passed away peacefully after a long and courageous battle with dementia on May 16, 2019 in Strathmore, Alberta.

Mom and Dad ran the concession at the Airdrie Plainsmen Arena before she was asked to manage the kitchen and bar at the Ron Ebbesen Arena, where she worked until her retirement in 2001. She enjoyed camping, going with Dad on his long Sunday drives and our family “cancelled” BBQ’s.

In keeping with Mom’s wishes there will be no memorial service, she will be cremated and her ashes spread with Dad’s at a later date. In lieu of flowers, memorial tributes may be made to the Alzheimer Society at www.alzheimer.ca or the Poppy Fund at www.poppyfund.ca.

Share Your Memory of
Rose
Upload Your Memory View All Memories
Be the first to upload a memory!