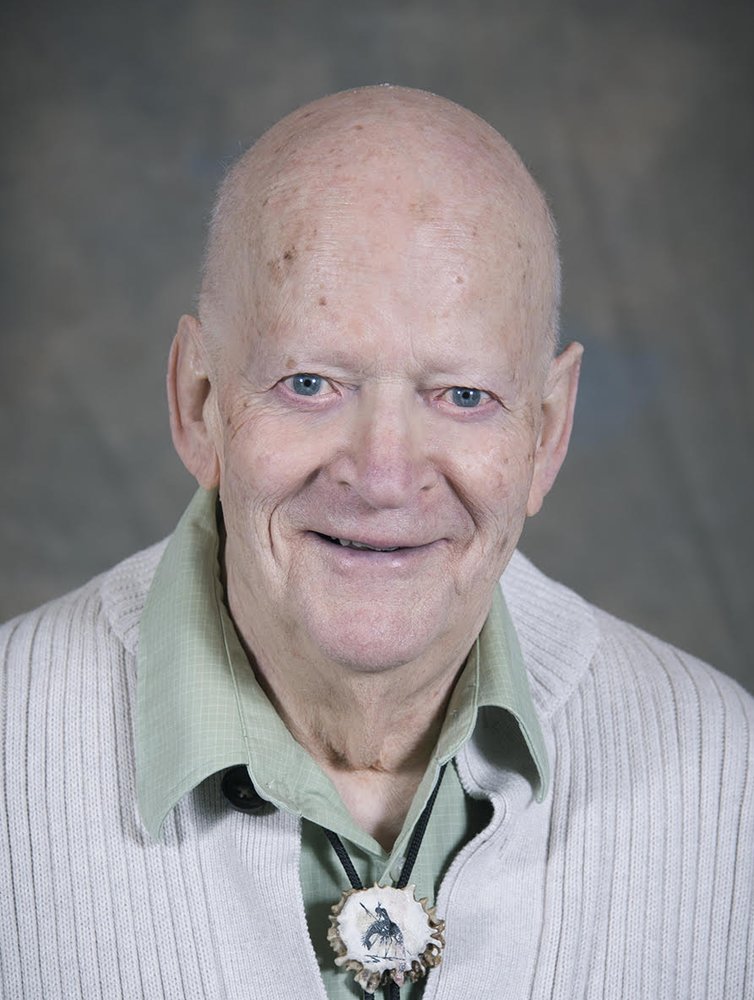 Having survived an “Out-of-Body” experience days short of his 74th birthday in 2007, Bob enjoyed 12 more years thanks to the expertise of three of Calgary’s finest physicians, departing on Saturday, October 5, 2019 hoping to re-connect with the angels.

Born in Montreal and raised in Lachute, Que., Bob studied Journalism at Ryerson in Toronto, returning to the family printing and publishing business in 1953. He later became a third-generation editor/publisher of The Lachute Watchman and sister publications in Lachute and Rosemere, Que. He was a former member in the Lions Club in Lachute and Strathmore and the Masonic Lodge, Lachute, and Karnak Shrine Temple, Montreal.

Purchasing the Strathmore Standard, he moved west in 1977 with wife Jan and family. He was editor, publisher and jack-of-all-trades until selling the community newspaper in 1991. He and Jan retired to Salmon Arm, BC in 1993, returning to Alberta in 2001 and then Strathmore five years later.

Bob’s main interest turned to genealogy after retiring and future descendants of his family as well as Jan’s will be indebted to him for his countless hours of research. He was able to trace their family lines dating back to the late 1600s and early 1700s in Nova Scotia and Newfoundland, leaving a treasure for future generations.

Although born an Easterner and with Jan’s family ties in the Maritimes, Bob soon fell in love with all things Western. Only in one area did his heart remain true to the East. Thoughts of deep and clear waters of its’ spring fed lakes, the Sugar Maples with their sweet sap in the spring and fabulous colours in the autumn were but a blink away.

Having grown up in a newspaper family environment, Bob will be remembered as one who in his editorials and columns always called a spade a shovel. He expressed his thoughts and feelings on what he felt was in the best interests of the communities he served, never concerned about who got the credit.

He also aptly replied to comments concerning his usually “hidden” desk to the effect that “Those who are so proud of keeping an orderly desk will never know the thrill of finding something they thought they had lost forever”, or “Show me a man whose desk is always clean and I’ll show you a man who never does any work”.

Married to Janet Marie Stoddard on Sept. 3, 1960, they enjoyed 59 years together. Besides his loving wife, partner and friend, Bob is survived by four children and two grandchildren  — Sandra, of Calgary; Larry (Kerry), of Cochrane; Brenda (Fred), Paula and Zachary, of Fort McMurray, and Brent (Jennafer), of Calgary, as well as family in Quebec, British Columbia, and Nova Scotia.