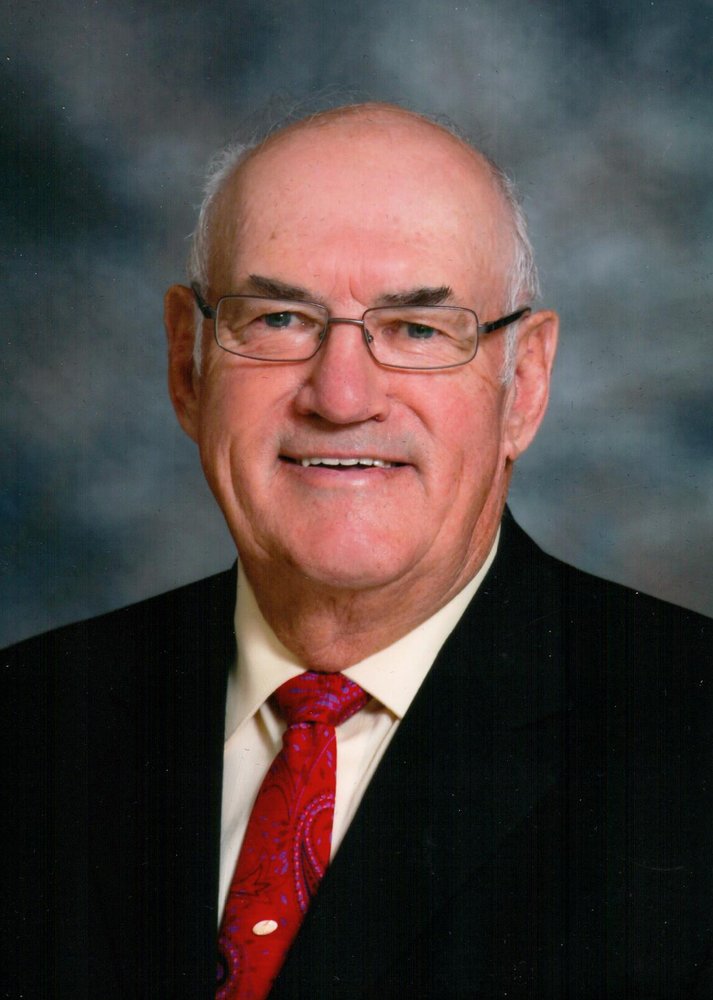 It is with profound sadness that we announce the passing of Larry Gordon after his courageous battle with cancer.

He was the cherished husband to Denise for 63 years, loving Dad to Shelley Wallace (Rick), Rick Gordon (Debra), Carrie Peru (Richard), seven wonderful Grandchildren and “Big Papa” to eight Great Grandchildren, who were the loves of his life.

He will be missed by his brothers, Don Gordon, Rusty Gordon (Cheryl), his sister Hazel Haggarty, as well as many special relatives and friends that he grew up with in Cluny.

Larry was raised by Lynn and Marie Gordon in Cluny, Alberta where he farmed and was the Esso Imperial Oil agent from 1976 to 2001. He retired from Esso but remained farming with his son Rick until 2018.

Larry and Denise enjoyed camping with family and friends and travelled throughout the years to many destinations. From 2010 to 2016 they were “snowbirds” in Casa Grande, Arizona where they made many cherished friends from the U.S. and Southern Alberta.

Larry will be forever remembered by his loving family and by all his friends whose lives he so deeply touched.
Larry’s family would like to share their heartfelt gratitude towards Dr. Young and Dr. Fanning, as well as the staff at the Strathmore Hospital and Sagewood for the care that was given during Larry’s battle with cancer.
A funeral service will be held on Friday, November 15, 2019 at Strathmore Alliance Church (325 - 1 Ave) at 1:00 pm. In lieu of flowers, donations to the Alberta Cancer Foundation (1331 – 29 St. NW Calgary, T2N 4N2 or www.albertacancer.ca/donate/) would be greatly appreciated. To send condolences, please visit Larry’s obituary at www.wheatlandfuneralhome.ca

Share Your Memory of
Larry
Upload Your Memory View All Memories
Be the first to upload a memory!